As we all know our friends down on the Gulf Coast have suffered a great loss when Hurricane Harvey came roaring ashore and displaced thousands and dumped unprecedented amounts of rain. This storm essentially crippled an area that is one of the busiest ports in the country and a major hub for energy production. There are thousands of offshore oil rigs in the gulf and an additional thousands of workers that are out of a paycheck until the rigs are back up and running. All of this is secondary to the loss of human life and the unfathomable amount of homes that have been rendered unlivable by Harvey. The response however, has been an incredible show of support that reiterates the fact that Texans band together when things get tough and provide aid for their neighbors in times of need.

It Can Happen Anywhere

Up here in Fort Worth, we may be in little danger of a hurricane ever dealing out the devastation that befell the Texas coast, but as a wise weather forecaster once said, “If there is rain in the forecast, flooding is possible.” Just this summer we were subject to heavy rains and flooding, indicating that no matter where you live it is important to think about being prepared for a flood. Many Houstonians did not carry flood insurance on their homes and as a result, will need to find their own means of repairing their homes. Interestingly many types of flood insurance attached to homeowners policies do not cover flooding that does not originate in the home. Meaning if a thunderstorm dumps enough rain to flood your basement and you don’t have supplemental flood insurance, you are out of luck. Many people who have been victims of a flood consider mainly the home and possessions that are damaged, and rightly so. But it is not necessarily discussed about how to deal with a septic system following a flood.

Flooding and the Septic System 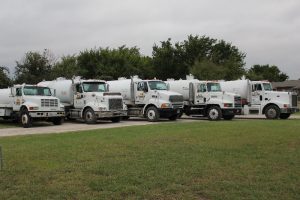 Septic systems by nature are prone to being affected to flooding when the ground becomes saturated. The common septic system is essentially a holding tank with a controlled method of releasing the wastewater into the ground. This is referred to as a leach field and has probably been engineered to be as efficient as possible. The installation process is generally implemented with the water table in mind. The water table is the area below ground that holds water at a fairly steady level. Seasonal changes and rainfall amounts are a key reason why water tables will fluctuate. Some years the water table will be higher than others and these fluctuations are generally considered when installing a leach field. A massive influx of water like we saw in July or the catastrophe that Houston suffered, will fully saturate the ground and cause septic system backups and issues. This is due to the fact that the water has nowhere to go when water is introduced. 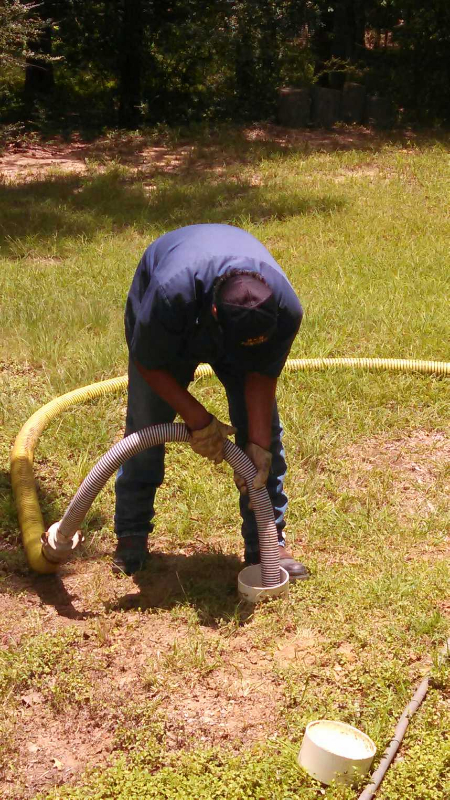 While prevention may be a relative term when it comes to flooding there are precautions that you can take to lessen the impact a flood will have on your septic system. The first, and one of the most important rules of owning a septic system, is do not dispose of toxic chemicals down your drain. A septic tank filled with harmful chemicals can create all sorts of issues, particularly when floodwaters cause your drains to back up. Many septic systems are equipped with a valve that prevents the water from the tank from backing up into your home but flooding will more than likely fill your tank and could deposit sediment inside. Keeping your system properly maintained and pumped regularly is critical to proper operation no matter what occurs, even flooding. Keeping your leach field clean and free of intrusive roots is essential to proper draining when the flood ends. The better condition your septic system is in prior to a flood, the easier it will be to recover following the event.

When the flood has subsided, the leach field will probably have standing water that was not able to be absorbed by the saturated ground. This may seem like the perfect time to pump out your system, pumping at this point however could introduce many more issues. If the water is not allowed to recede enough and the tank is pumped it could cause the tank to float, pushing up through the ground and damaging the piping on either side. Once the waters have subsided enough is when to call a professional septic system pumping contractor like B&B Pumping. Your tank may be filled up with sediment and it will generally not flow out on its own. A good rule of thumb is to have your tank pumped as soon as possible to avoid extended damage. A septic system in good shape should be able to withstand a flood without damage and, once restarted, will continue its productive life of waste removal.

It Is Never Too Early for an Inspection!

If you do not know how long it has been since your septic system has been inspected, or pumped for that matter, it is time to give the septic tank pumping experts at B&B Pumping a call today. We will inspect your system, ensuring that all of the pieces are in place for a properly functioning septic system. We are septic system experts and are committed to helping our clients return to normal following an issue like a flood. That being said if you are coming up on your 2 to 5 year window for tank pumping, be sure and give us a call today, it is never too early to have your tank pumped, but it could be too late. For any questions about your system we invite you to give us a call or hop on over to our FAQ  page for quick and easy answers. We are proud to serve the people of Texas and look forward to many more years. As always, thank you for your business and we look forward to hearing from you!